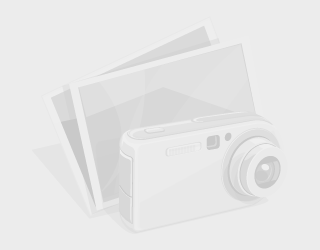 In recent years, energy costs have skyrocketed with the nation's power grid operating at or near capacity. Today's networks have considerable power demands, but those demands can be reduced. Most businesses can save a bundle of money by implementing simple strategies to create more power efficiency within their network and transform their business into a "green" one.

Many businesses have networks that have grown exponentially along with the growth of the business without putting much thought into how the power requirements of the expanding network can be scaled down to reduce the growing costs associated with power generation. Following these simple strategies enables you to leverage some emerging technologies to reduce power consumption and ultimately save your business money moving forward.

Why Electricity Costs are Rising The nation's power grid is currently at a crossroads where either more power plants are going to be built or energy consumers will be asked to consume power more efficiently. Inevitably, this will result in additional costs for consumers in the foreseeable future.

Businesses Can Reduce Power Consumption However, your business can operate more efficiently by reducing its power requirements. Simple steps can be taken with your existing equipment that can be applied to your network as it continues to grow with your business. Considering these following strategies will result in a reduced energy bill.

Virtualization Virtualizing your servers will result in a significant reduction of power consumption. Virtualization consolidates the functions of separate servers, often dedicated to one purpose or function, into one machine that carries out all the functions of the separate machines without losing any operating efficiency.  With increased bandwidth availability and multi-core processors on servers and workstations, virtualization software is poised to revolutionize what computers can actually accomplish to reduce overall operational costs.

Today's servers have a lot of processing power left unused. Consolidating multiple servers into one machine utilizes that processing power and reduces the power-consuming footprint of the entire data center.  Multiple machines all require cooling in addition to the energy required to power them. Consolidating these requirements to one machine reduces the power consumption to that of one machine's requirements instead of for the previous multiple machines. It's easy to see how server virtualization significantly impacts power consumption.

Use Efficient Power Supplies Data centers run all the time out of necessity; they are the lifeline of today's business environment. Oftentimes, desktop PCs are built without the most efficient power supply. You can, however, swap out inefficient power supplies for those that are much more efficient. Desktops power supplies exist that are 80 PLUS certified, which adheres to the Energy Star 4.0 standard released in the summer of 2007.

Desktop servers (that work a little harder) stand to use 34 watts less power, which translates into 300 kilowatts per year.  In 2006, the average price per kilowatt hour was $.089 USD. Depending on where you are geographically located, the average price ranged from $.0492 USD in Idaho at the low end up to $.2072 USD in Hawaii.

Today's rack-mounted servers often require an external power source to run in order to reduce the space requirements of the machine. Blade servers deliver high-efficiency processing and reduce space requirements but can result in higher power consumption per square foot.

The Climate Savers Computing Organization exists to promote more efficient power supplies for both desktops and servers. There are several companies complying to the server power efficiency standards developed by this organization that call for 85% minimum efficiency at 50% of output load with the standard growing more efficient in June of 2008 through June of 2010. Using servers in your data center that comply with these standards will greatly reduce the power consumption footprint of the unit.

Use Site HVAC for Cooling Needs Your building already uses air conditioning to cool the premises, so why not take advantage of the internal HVAC to cool servers as much as possible? HVAC controls can be used to keep necessary temperatures in server rooms and with the addition of air economizers, the HVAC unit itself can operate more efficiently within the server room and throughout your business site.

Be sure that airflow is good to the server room so as much of this "free" air cooling is used as possible. That way, internal server cooling systems are not working so hard - and consuming energy - to keep systems cool.  Air economizers operate by reducing the need to turn on air compressors to meet cooling requirements by bringing in cooler outside air to reduce the air temperature inside the facility.

To deal with the problems associated with the higher humidity levels in the cooler air, additional controls that monitor humidity of the outside air are installed in the system. The HVAC system can take humidity out of the air to meet the standards required within the server room and the building as a whole.

These additional functions added to the HVAC system reduce the power consumption of the whole air conditioning system. Particularly during the colder times of the year when the outside temperature is cooler than the inside, economizers and humidity controls can save your business a lot of money on the electric bill. These devices can be retrofitted to pre-existing HVAC systems. Many commercial rooftop HVAC systems have an optional economizer package that can easily be added on to the existing units.

Automated Lighting Server rooms only need lighting during times when staff must physically interact with them. At all other times the lights can be out. Automating this process so that the lights only turn on when personnel enters the server room eliminates those power consumption costs.   Keeping the lights off also eliminates the heat generated by those lights thereby reducing the strain on the HVAC system and internal server cooling mechanisms that keep the machines cool.

To further reduce the need for human interaction in the server room, the use of KVM (keyboard, video and mouse) switches allows the servers to be administered from another location. KVM switches and terminals provide an additional security benefit by allowing the server room to remain locked most of the time.

Proper Server Room Configuration How air flows through your server room can be controlled simply by how the machines are placed in the room. Creating a hot aisle/cold aisle server layout in your server room utilizes how servers are constructed to promote better airflow in the room.

Server racks are built where air flows from the front to the back of the system with cooler air coming in through the front and the warmer air forced out the back. By placing server cabinets and racks in a front-to-front and back-to-back layout, a hot aisle/cold aisle is created to allow for cool air to flow to server air intakes and promote the flow of heated air away from the server rear exhaust.

To further promote this airflow, the installation of blanking panels within all rack spaces keeps hot air from collecting in the unused space and circulating again to the server air intake. Within the cold aisle, where two server racks are facing each other, the flooring should be perforated to allow cold air to flow from the floor. The hot aisle, where the exhaust systems of two server racks are facing, should not have this grating to keep the cold air and hot air from mixing.

High-density servers, such as blade systems, should not be located within a close proximity. These generate the most heat and should be placed where the cool airflow rising from the floor is found to be highest. Equipment that cannot be laid out in the front-to-front, back-to-back layout should be located away from the servers that are able to be set up in this manner. Still, all exhaust from these machines should be directed toward a hot aisle for the highest airflow efficiency possible.

Setting up your server room in such a manner reduces the power consumption of both the HVAC unit cooling the room and the internal server cooling systems tasked with keeping the machines cool. The cost savings realized from moving the servers into a hot aisle/cold aisle configuration will be instantly observable on your monthly electric bill.

Questions to ask staff members: 1. Have you conducted electrical load flow analysis into and out of your data center?

4. Do you have air economizers and humidity controls on your HVAC system?

5. Is the server room properly configured to give you the best ROI on the technology currently installed?   The answers to these questions will tell you what steps you need to take to optimize energy efficiency within your network. Taking these steps reduces the cost of electric bills at your organization and reduces the pressures forced by rising energy costs on the company budget.